When I was ten years old my family started to go out occasionally to restaurants for Sunday dinner. Many of them were in East Cleveland. It was the 1960’s and the women often had on pillbox hats with matching handbags and shoes. My dad’s ties were narrow then and our car a big finned chromed machine with a wide backseat where all three of us kids sat.

One of our favorite eating places was Millers Dining Room. It was large and sprawling with floor to ceiling windows of many-paned glass on the front of the building. The tables had white linen cloths and napkins with many utensils. At least more than the three pieces, which were common, at each place setting on our table at home. Beyond the windows lay gardens with flowering shrubs and perennials.

After being seated and menus distributed, beverages were ordered. Soon a white-coated, white-gloved waiter would appear with a huge, round, silver tray. They must have been very strong for the treasure arranged upon it. Salads of many styles: carrot and raisin, greens with blue cheese, shimmering Jell-O jewels, coleslaw, Waldorf, Caesar and many others, were offered for the first course. 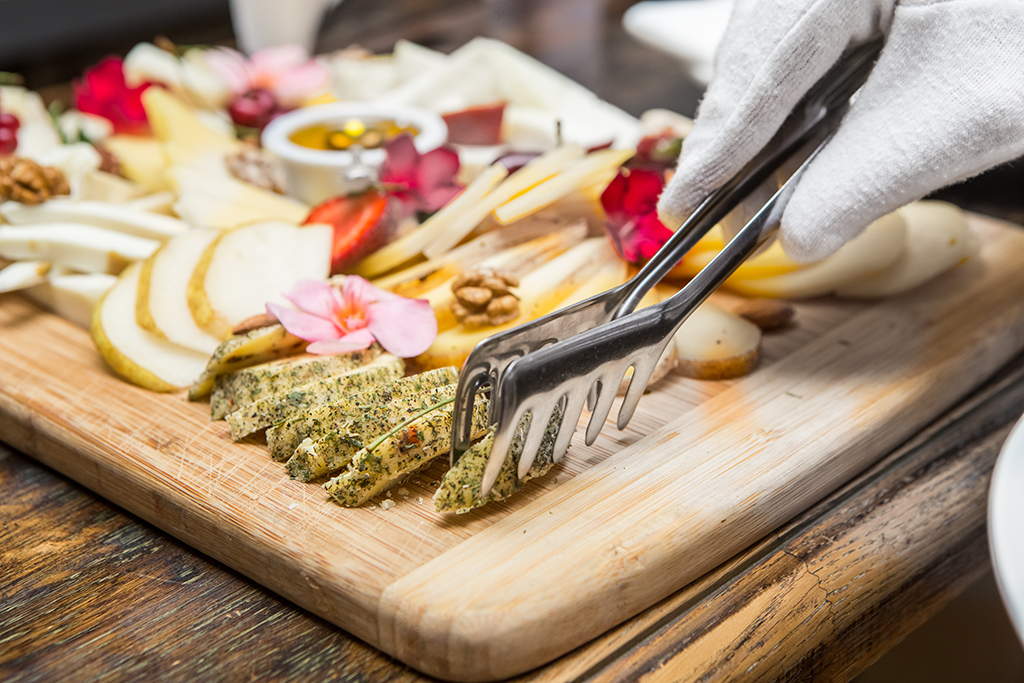 A waitress soon arrived and took our order. Fried chicken nearly always caught my eye, as well as the potpie. Half the reason I enjoyed it was the little pottery crock it came in with the glistening, buttery, brown-crusted top. Once all had their selections written down we finished up our salads with anticipation.

After the table had been served their entrées, another huge assortment was presented by the waiter, this time, loaded with selections of breads; corn sticks, mini French baguettes, bran muffins, cloverleaf rolls, cinnamon buns, Boston brown, whole wheat, rye, and white bread slices, to name only a fraction.

If we weren’t totally stuffed after the dishes were cleared away, another waiter showed up with another tray. Cheesecake, fruit pies, pillowy cream puffs, cakes, cobblers and small plates of cookies embroidered the desert offerings.

There were other restaurants we went to, but Miller’s lasted in my memory longest. It could have been the ritual of all of those trays, or the gardens beyond the many paned windows. The food was good, but it was Sunday and our family celebrated living.