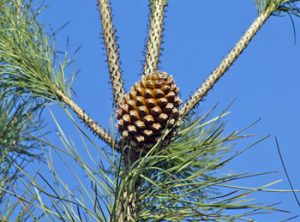 Glasnost and Perestroika opened a number of tenuous attempts at business and friendship in the 1980’s between the United States and the dissolved Soviet Union.

Russian fishing fleets arranged a business deal with Pacific Northwest American fishermen. The contract involved the Russians docking in the port of Astoria, Oregon, off loading their Pacific Ocean caught King Crab in exchange for American water fished Hake. They received more of the flatfish, the standard price of which was cheap, in exchange for the high value crab. Thus taking the fish home to their country, which would give them more protein food for the value of the crab they traded to the Americans.

In anticipation of this venture between the two former enemy governments, the local community college offered a Russian language course.  A number of people took lessons with the intent of meeting these crews. It would be the first time many lower Columbia River citizenries interacted with individuals, which their government had been painting with a dirty red brush for decades.

When the crews docked to unload their catches, they would often spend several days in port. It became a custom to invite the officers and scientific crew into their lower Columbia homes for a dinner party or social gathering.

My friends Ann and Alan hosted one of these dinners within their large Washington home.  It was a potluck.  I traveled from Seaview to Naselle, my contribution – a large salad of my garden’s July bounty.  As dinner commenced, a late arrival walked through the kitchen with a large paper grocery bag.  It was the ships marine biologist. She asked Ann if she had a sheet pan for the oven in hesitant English.

I was closer and knew Ann’s kitchen well, so I hopped up to help her.  Once the pan was procured she withdrew ten large pinecones from the bag and placed them upon it. I’d preheated the oven previously as per her instruction to three hundred degrees Fahrenheit.  Having spent a bit of time calculating her Celsius temperature to those degrees used in the U.S. for baking.

I was mystified, ” So why are you cooking pinecones?”

Silently, the scientist headed off to the table, found a seat, and began filing her plate. A neighboring crewman filled her small glass with the Russian vodka we were drinking, a gift from the crew.

The timer on the oven beeped. I got up, overcome with curiosity, at the same time the Russian marine biologist rose. Finding the oven mitt, she withdrew the baking sheet from the oven. The cones had opened. The pointed scales fanning outward, dropping golden brown teardrops onto the surface. There were hundreds of them. Removing the empty cones, she poured the toasted nuts into two small bowls and took them to the table.

Breaking the shells with crab crackers, their rich, buttery, faintly resinous taste amazed me. To reside in a tree’s ovary for our pleasure, like robbing a sturgeon for it’s roe to become caviar. These products of Pinus sibirica initiated me into a craving I’ve had for the rest of my life.